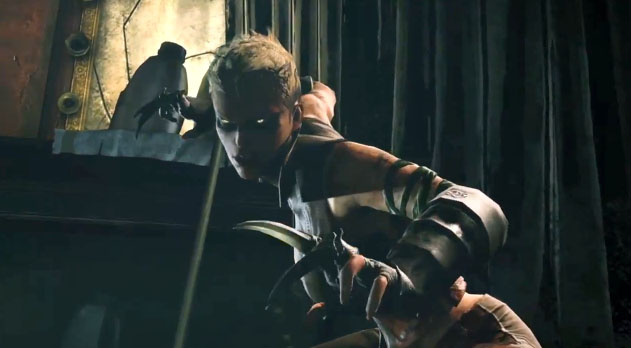 In this year’s Comic Con in San Diego, Warner Bros. announced that Copperhead will appear in Batman: Arkham Origins as one of the villains.

Warner Bros. introduced Copperhead as one of the eight assassins that will be hunting Batman in Arkham Origins. To celebrate the glorious reveal of Copperhead, the company released a reveal video to accompany the big announcement to all Batman fans.

Developed by WB Games Montréal, Batman: Arkham Origins features an expanded Gotham City and introduces an original prequel storyline set several years before the events of Batman: Arkham Asylum and Batman: Arkham City. Taking place before the rise of Gotham City’s most dangerous criminals, the game showcases a young and unrefined Batman as he faces a defining moment in his early career as a crime fighter that sets his path to becoming the Dark Knight. As the story unfolds, players will meet many important characters for the first time and forge key relationships.

Batman: Arkham Origins is currently scheduled for release this Fall on the Xbox 360, PS3, Wii U, and PC. As always, check back with us near the release date for our review of the game.

Mark Fajardo has been the Editor-in-Chief of Just Push Start since 2009. His profession aside from being a videogame journalist is being a Registered Nurse. For those who would like to play with him, add him on PSN: JustPushStart or Xbox Live: MarkFajardo

Get On Board New York & London Review